I made a big diagram describing some assumptions (MLR1-6) that are used in linear regression. In my diagram, there are categories (in rectangles with dotted lines) of mathematical facts that follow from different subsets of MLR1-6. References in brackets are to Hayashi (2000). 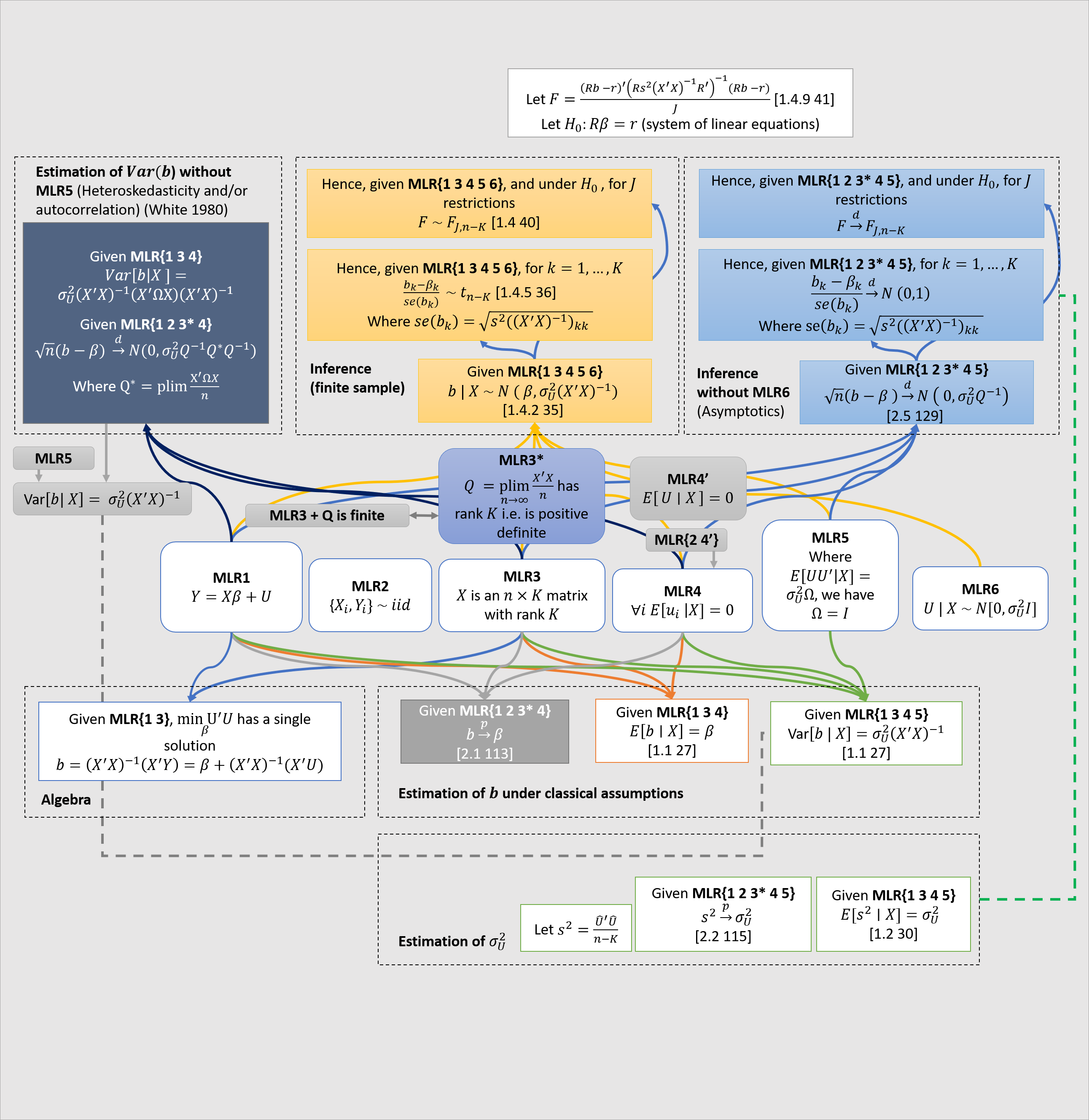 A couple of comments about the diagram are in order.

The second diagram gives the asymptotic distribution of the IV and 2SLS estimators.3 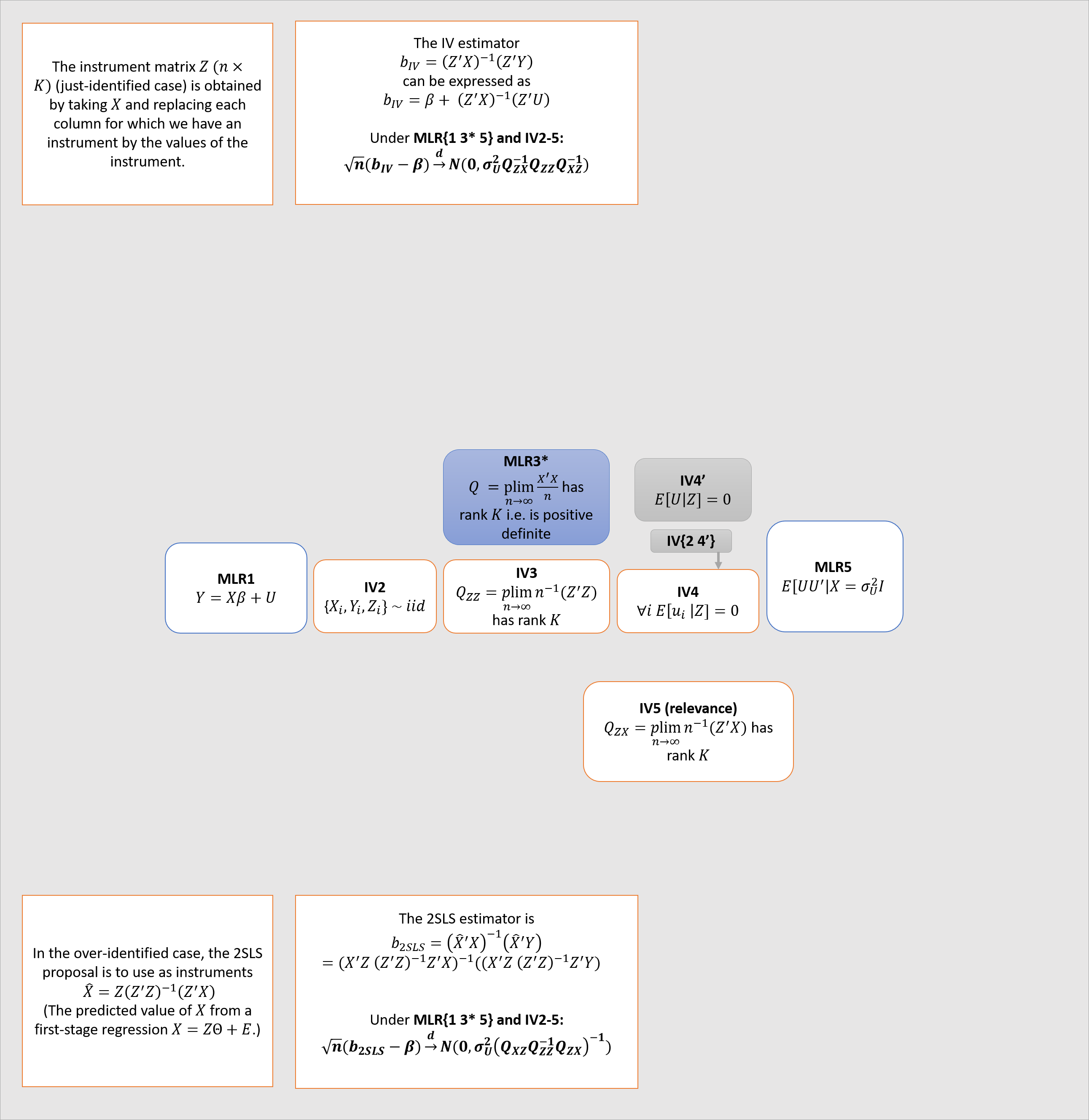 I made this is PowerPoint, not knowing how to do it better. Here is the file.

Read more:
← The expected value of the long-term future, and existential risk Taking the voodoo out of multiple regression →